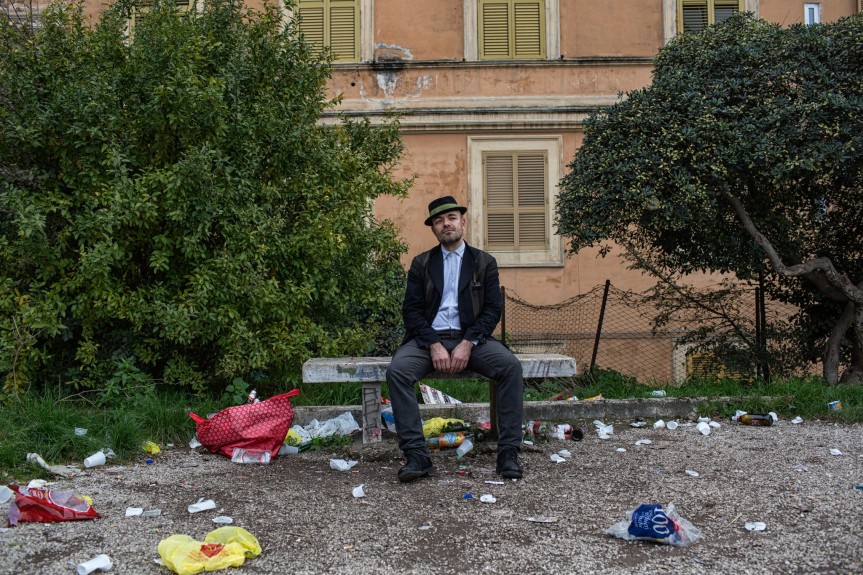 Rome in Ruins Some worry that the city is in danger of becoming a dump. Not a “rubbish heap of history,” or a precious junkyard of antiquities, but an actual garbage dump.

Stepping outside Termini station, the gateway to Rome for many visitors, my tour guide asked me what I saw.

“Exactly,” he said. “A Roman would not see this. The Roman is so beaten down by the filth in which he lives that he can no longer recognize or see the sad state of the city.”

Benvenuti a Roma! To be fair, Massimiliano Tonelli is not a regular tour guide. He is a founder of Roma Fa Schifo, or Rome Is Gross, the popular blog and social media feed that, since 2007, has sought to awaken complacent Romans to see Rome for what he thinks it is: an abnormal and broken relic in a continent of modernizing cities. I had asked him to show me around, because in my nearly two years as the Rome bureau chief for The New York Times, I was worried I was beginning to do — and see — as the Romans.

Mr. Tonelli pointed out the double parked cars jutting into intersections. On the broad avenue bordering the fashionable Monti neighborhood, he bent down to grab at shin-high weeds breaking through the cement. (“The signs of abandonment,” he said.) Underneath St. Peter in Chains church, with its majestic Moses sculpted by Michelangelo, he looked sadly at the striped crosswalk that had faded to black. Only weeks ago a tour bus had killed a prominent judge here. This month, one killed a cyclist, prompting the city to effectively ban tour buses in the center, which in turn prompted the bus operators to protest by turning Rome’s central traffic circle, Piazza Venezia, into a parking lot. In the meantime, the city has not repainted the stripes white, but has begun talking, surreally, about implementing 3-D technology.

We went up to the Giardinetto del Monte Oppio, a small garden offering one of the most breathtaking views in the Western world, smack in front of the Colosseum. A Brazilian couple used the backdrop for pictures, but out of frame, and off their Instagram feed, was the Rome that tourists often choose not to see: Empty beer bottles, cigarette packs, stained paper towels, soiled clothes and littered food were spread around like some grotesque picnic. Illegal souvenir sellers stashed their blue plastic bags full of tchotchkes in the tree limbs before ducking into bushes that they used as toilets.

In the neighborhoods around us, sidewalks were cluttered with soaked mattresses, refrigerators and armchairs. Garbage trucks covered in graffiti moved past walls scrawled with the city’s lament: “Roma Guasta” or “Broken Rome.”

“It’s so much worse because the city is so stunning,” said Mr. Tonelli, who added, with resignation, “from three meters up, it is still the most beautiful city in the world.”

I love Rome. I love the way the sunset throws pink light on the marble monuments. I savor the silky carbonara at Da Cesare al Casaletto. I enjoy the exhibits at the MAXXI contemporary art museum, the murmurations of starlings moving like smoke above the umbrella pines. I get a kick out of my kids calling their tennis instructor “maestro,” and miss the cold not one bit. I’ve spent a decent chunk of my life here, met my wife here, support A.S. Roma soccer here. And so Rome, I only say this because I love you.

Rome is in danger of becoming a dump. I don’t mean the rubbish heap of history, which is how the poet Petrarch envisioned the city in the 14th century. I don’t mean a precious junkyard of alfresco antiquities, Renaissance gems and Baroque treasures. I mean a dump. 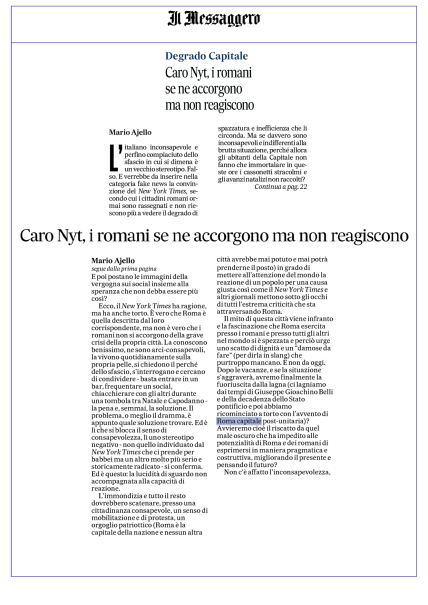 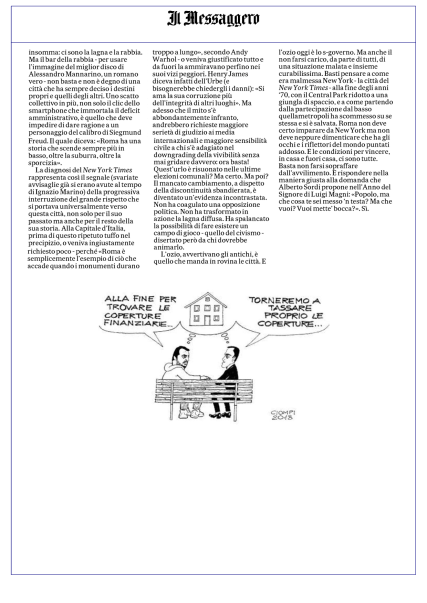 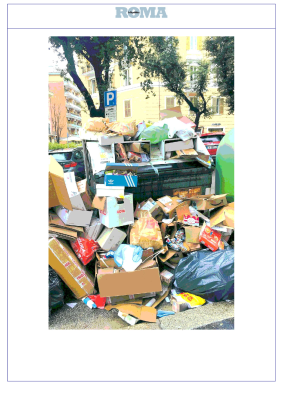 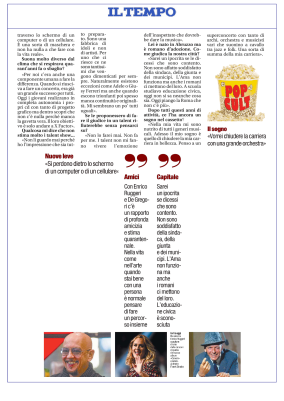 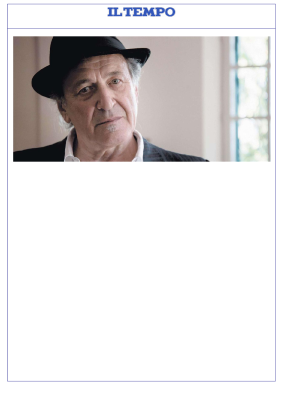 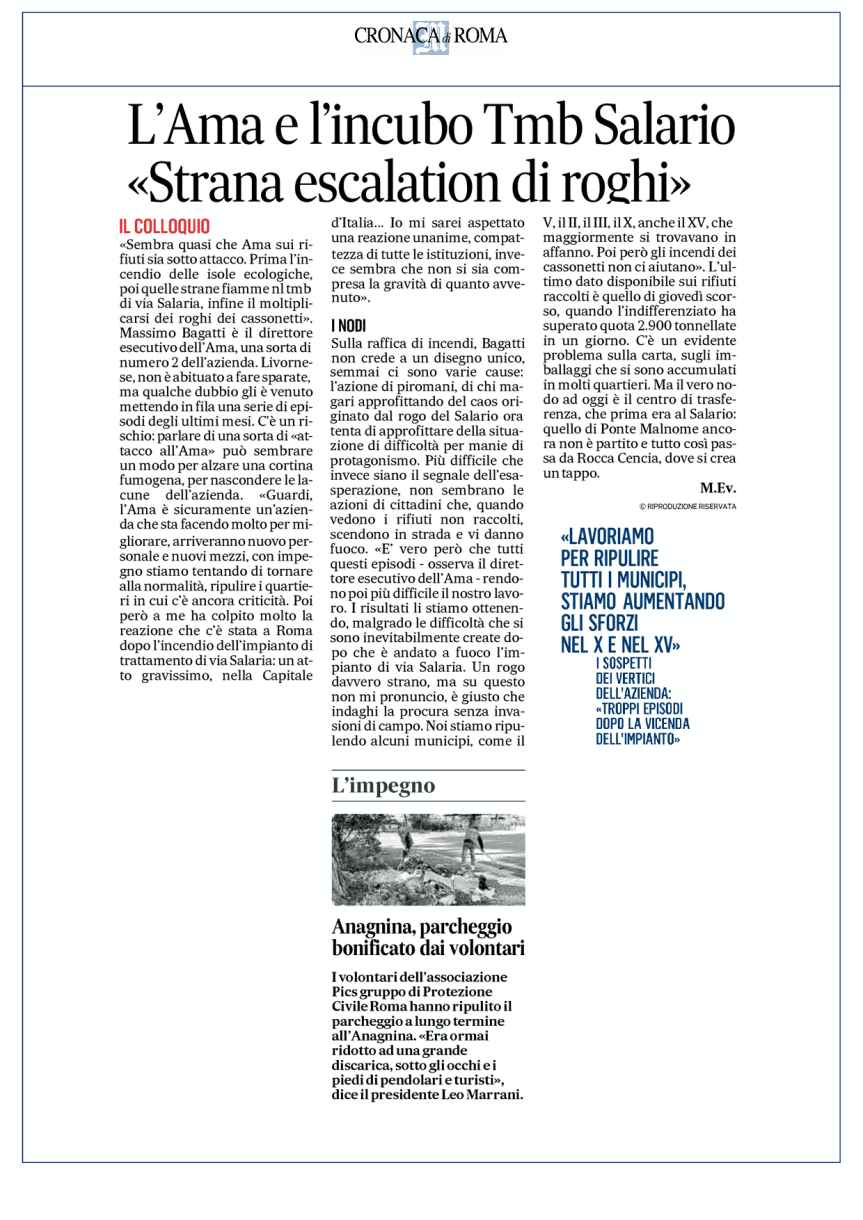 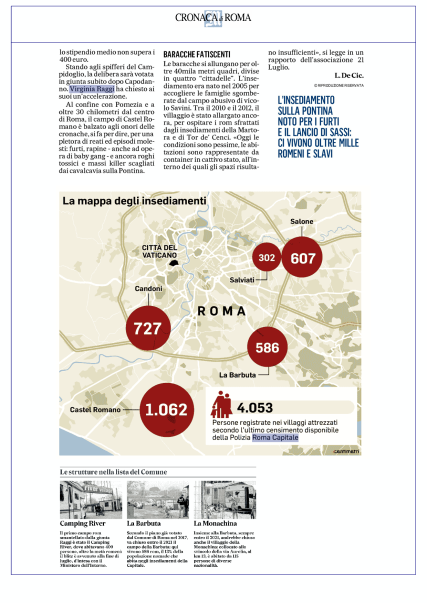